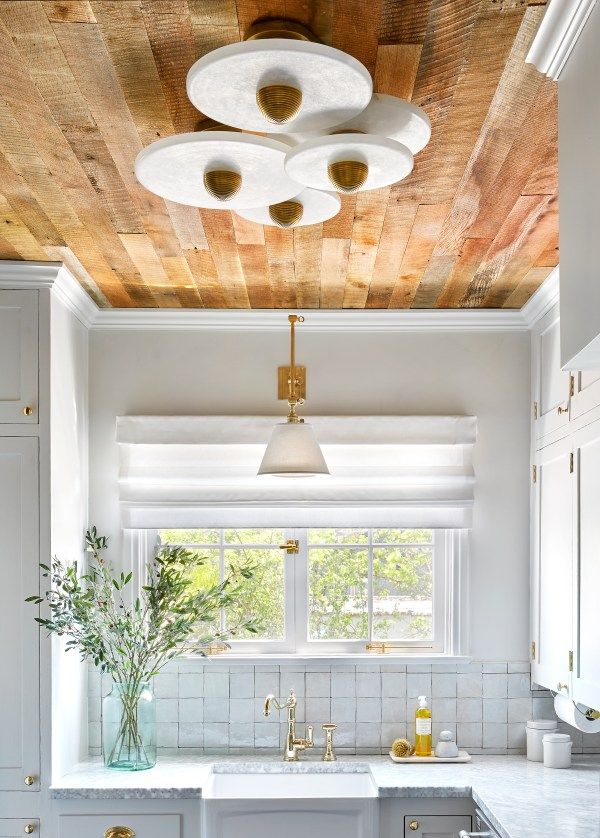 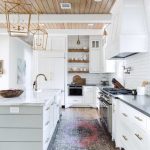 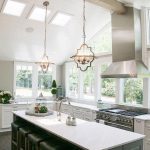 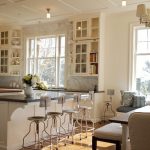 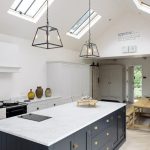 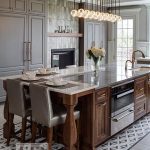 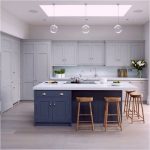 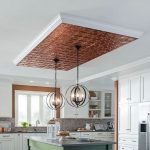 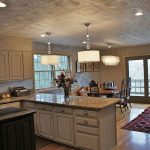 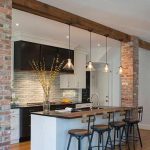 Ceiling Window
Creating accents in the window can actually bring some uses. This one here puts layered of accents on the ceiling. It brings out vaulted shape on the ceiling and it still adds glass windows on it that makes the room under looks so bright. And this can actually help the room to save some energy. 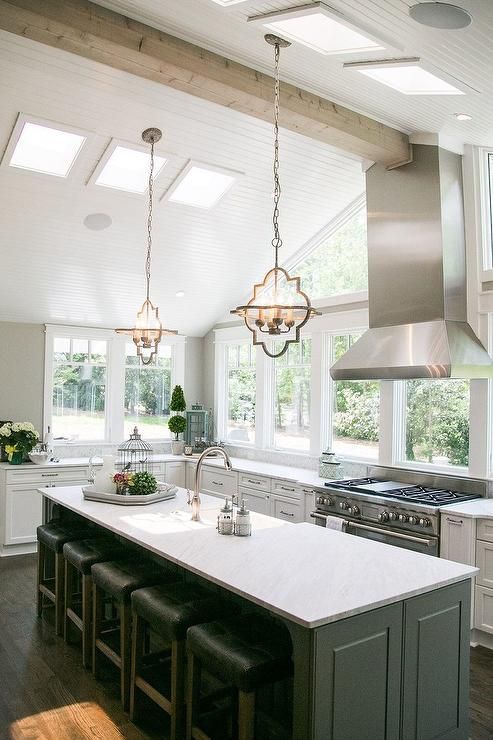 Modern Vaulted Ceiling
Similar to the previous one, this one also uses vaulted ceiling and some ceiling windows to make the room looks interesting and bright. Although, this one here has more modern and minimalist accent without any shiplank detail like the previous one. Window on Flat Ceiling
This one is also a little bit similar to the previous ones. However, this one puts the ceiling window in flat ceiling and makes the room modern and bright at the same time. It is a great match for the easy and modern ceiling under. Simple Beams
This traditional looking kitchen puts a light traditional accents on its ceiling and create a beautiful accent on it. The simple beams go in line with the neutral grey marble wall and cabinet. Pretty Woods
Besides adding some wood on the ceiling beams, you can put woods all over the ceiling and get this raw, natural and simple look. The white ceiling lighting fixtures make a nice contrast to the wooden ceiling, as well as the white on white kitchen under.

White Coffered
One of the most favorite accent fr ceiling is the simple coffered accent. The square looks simple yet pretty in this one as well with some little lighting fixtures inside some of the square. Traditional Boards
This wooden ceiling makes a warm and comfortable look for the kitchen. Combined with white wooden beams on the ceiling, the contrast looks so pretty. Completed with golden iron chandelier, the ceiling has the best accents for the white traditional look. The One Beam
Beams can make a natural and rustic look in the kitchen. This one here puts a single line of beam that brings out the best of the rustic kitchen with its exposed brick on the wall and pole. Popcorn Ceiling
This kitchen makes an elegant look with creamy and subtle details on the ceiling. With the graceful lighting pendants, the kitchen brings an amazing feeling. Metal Accent
Having metal accent on the ceiling would make an interesting touch especially when the ceiling is in contrast to the decoration under. However, this one here is able to make it beautiful as well as strong with the contrast.