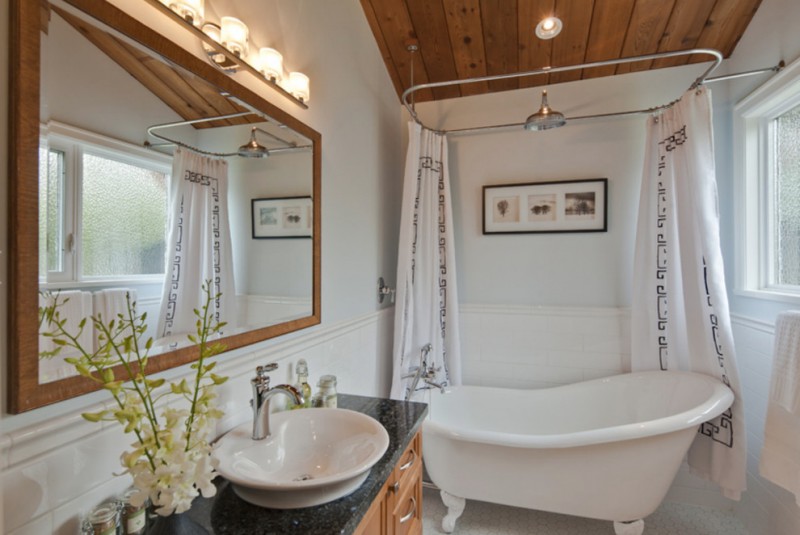 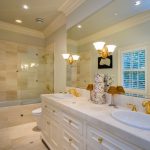 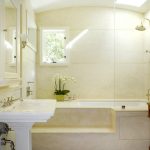 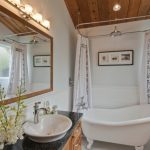 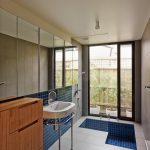 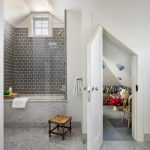 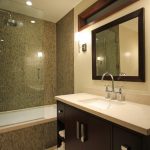 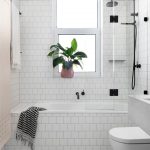 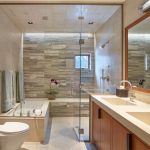 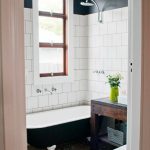 Some people like to have separated place for shower and bathtub and sometimes they just go with one of them. However, some people, regardless how much space they have, like to just combine them in a bathroom. These two can be combined in one area and in two areas. Despite how you want it to be, there are some ideas that you might like below, to help you consider which one will look the best in your bathroom and will show your taste.

A Combination in a Large Bathroom

If you have a large space in bathroom, you will be able to put your shower and bathroom in whatever you want it. Like this one, with bathtub in one side, the shower is put in another side of the bathroom. 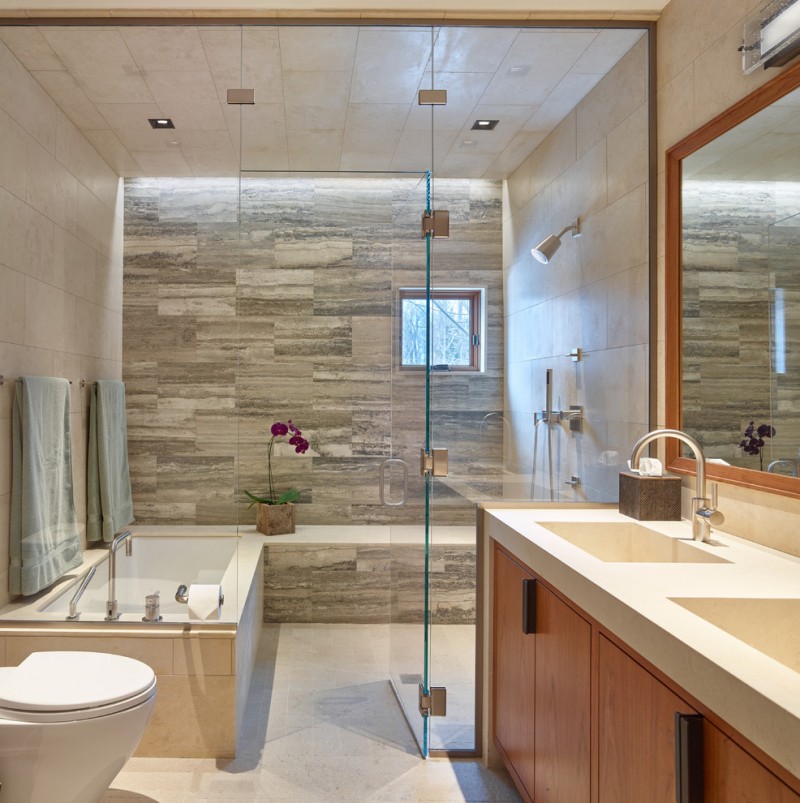 It is a great idea to make a kind of stage for the bathtub with yellowish white marble. And although the area is wide enough, the bathtub itself is quite small. The shower on top is a great choice to complete the look. 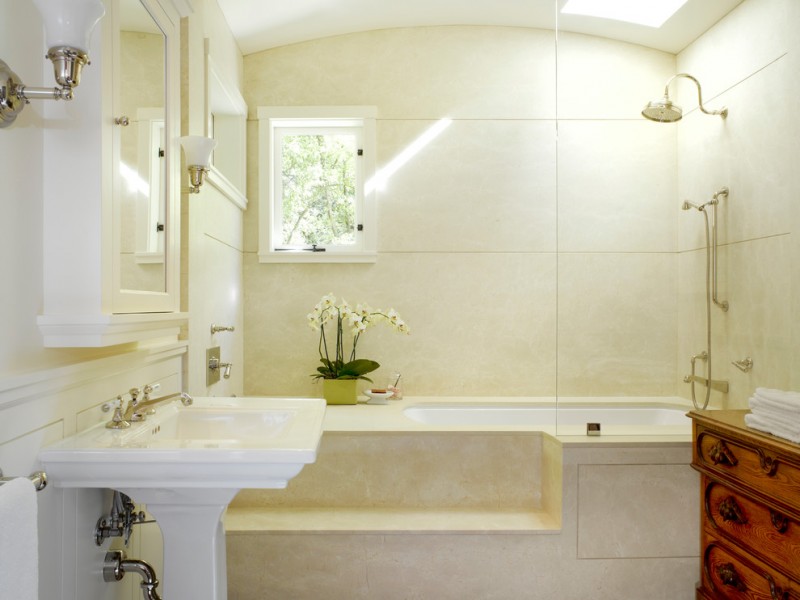 This one is clearly an exquisite idea with blue touch on the greyish bathroom. The bathtub is built-in in the floor make you have to get down to go to the bathtub or to shower. 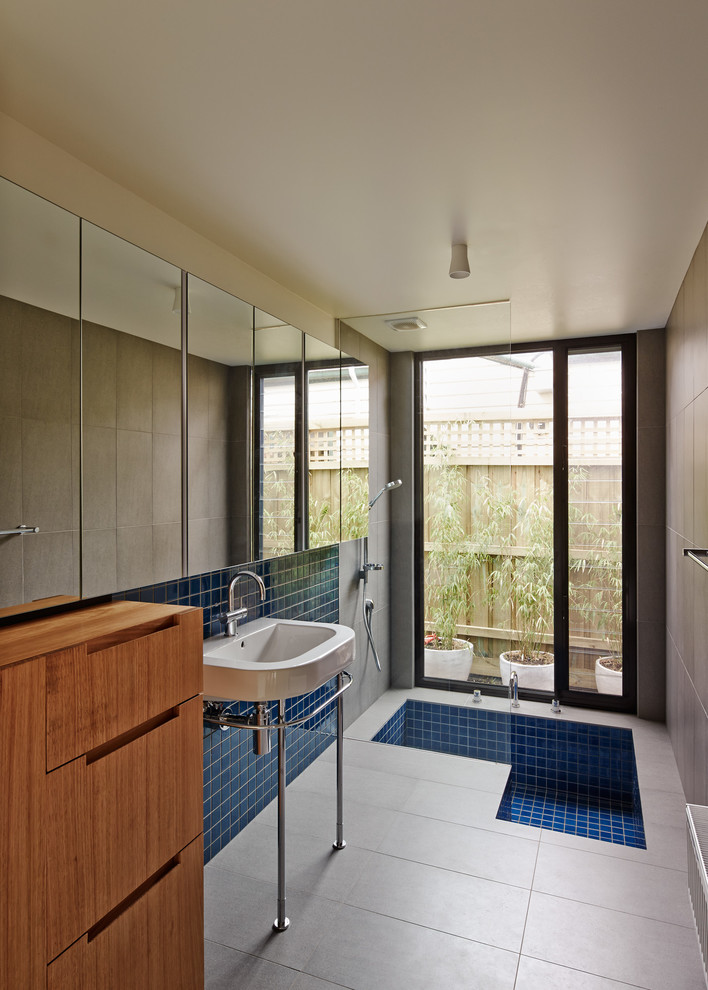 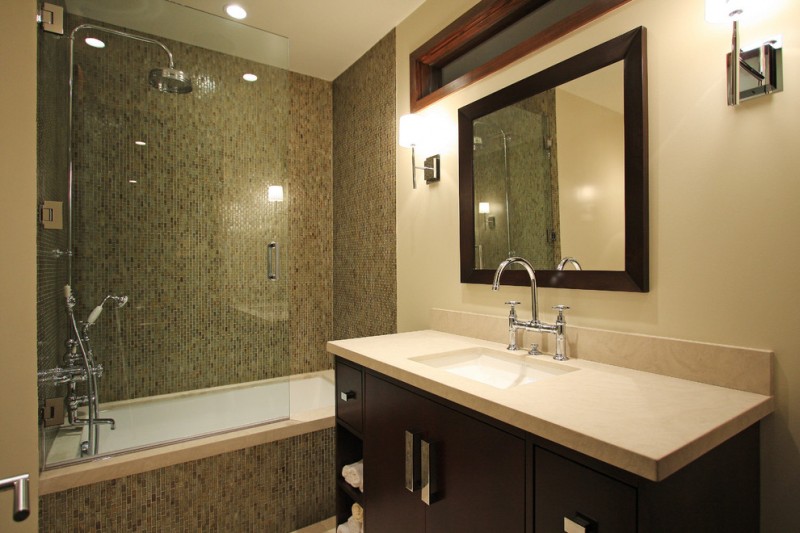 With brown marbles around the bathroom, a beautiful glow is created around the bathroom. The marble in the bathtub and shower area is the same as the rest. And the shower is in gold color that matches with the sconces and the sink faucet. 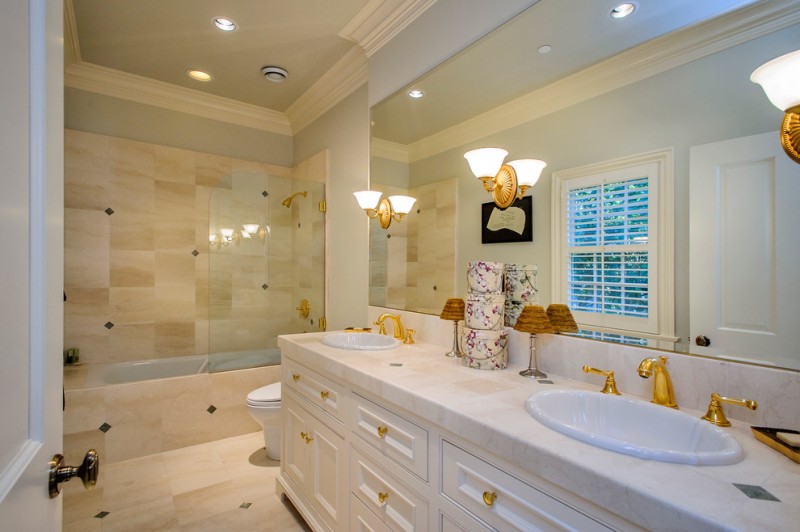 This one is a great combination of a classic claw foot tub in white and black with a silver rain shower. The wet area is only in the bathtub. Although it depends on people’s taste, but if you want something like this without making everywhere wet, you can put glass partition. This pretty bowl tub looks exceptional. The room practically looks even greater with the tub inside. The shower is simple with metal finish in another end of the shower area. 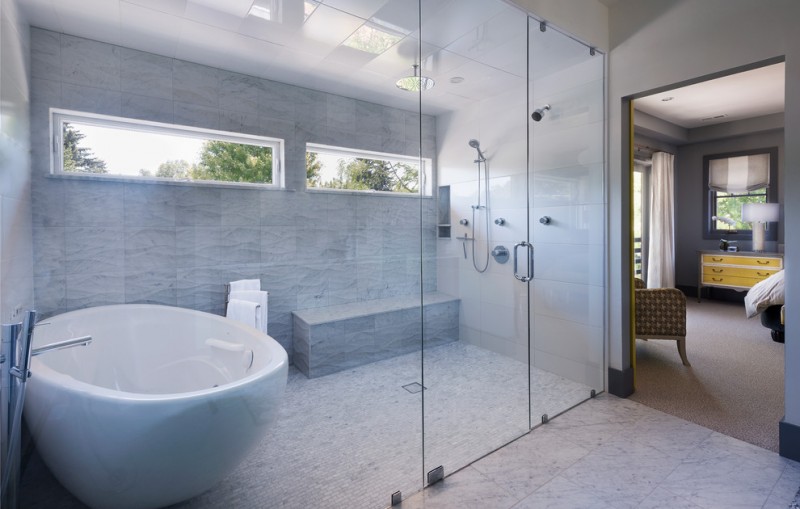 Besides the usual silver color of shower faucet, a black faucet is pretty popular because of its different kind of feeling. And if you like contrast, you will agree that this black faucet looks great with white surrounding like this. This one is a beautiful bathroom with grey color palette. With its combination of bathtub and shower, the space is neat and can save much more space, especially if your bathroom have quite small space. 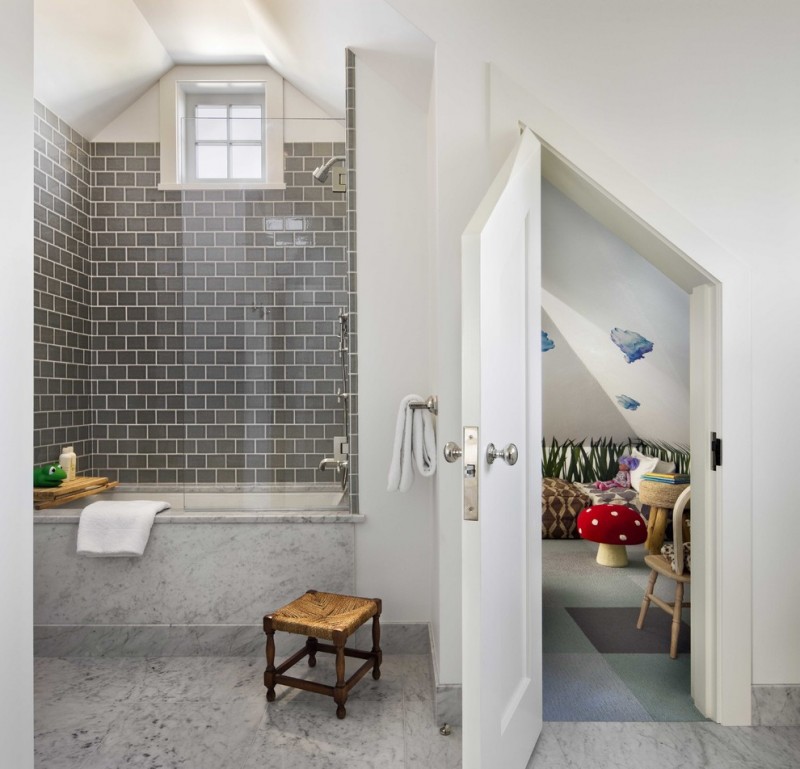 With rain shower faucet installed from the ceiling like this, you will be able to have curtain covered you closely.