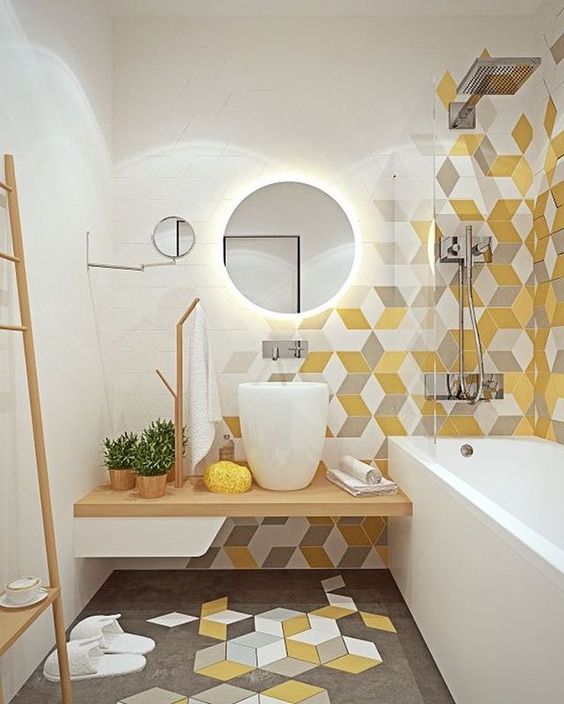 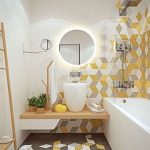 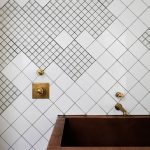 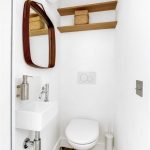 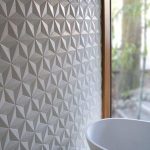 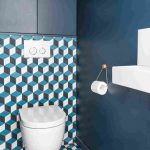 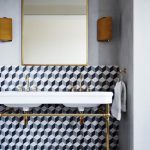 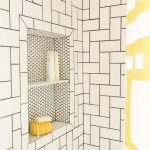 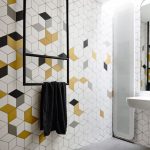 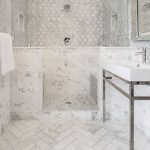 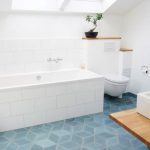 Getting its popularity in 2018, geometric tiles are seen used in many places especially in the kitchen and bathroom for its decorative look. As geometric tiles have been really popular in the year 2018 and probably will still be popular in 2019, these are some geometrical tiles concepts in bathroom.

Hexagon tiles have been a great thing in the past year. Both because of the shape and the pattern that it can give you. Even though hexagon tiles are used, with the right patterns cube pattern can be seen so clearly, like this one here. Putting three different colors for each sides, this one here has cubes all over the floor. 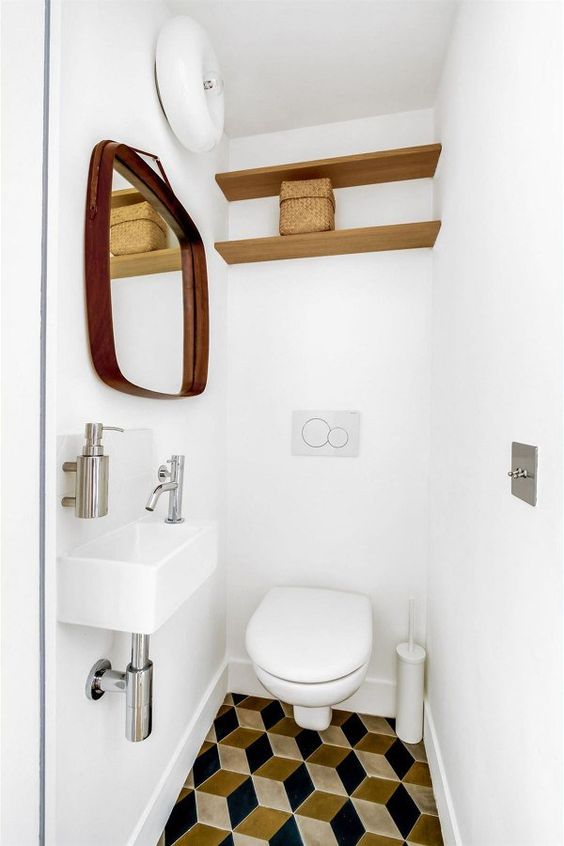 Having it smaller than the previous one, this one here successfully captured more cubes on the bathroom, both on the floor and some on the walls. If you’re looking for merrier ambiance, tiny cubes are what you need. 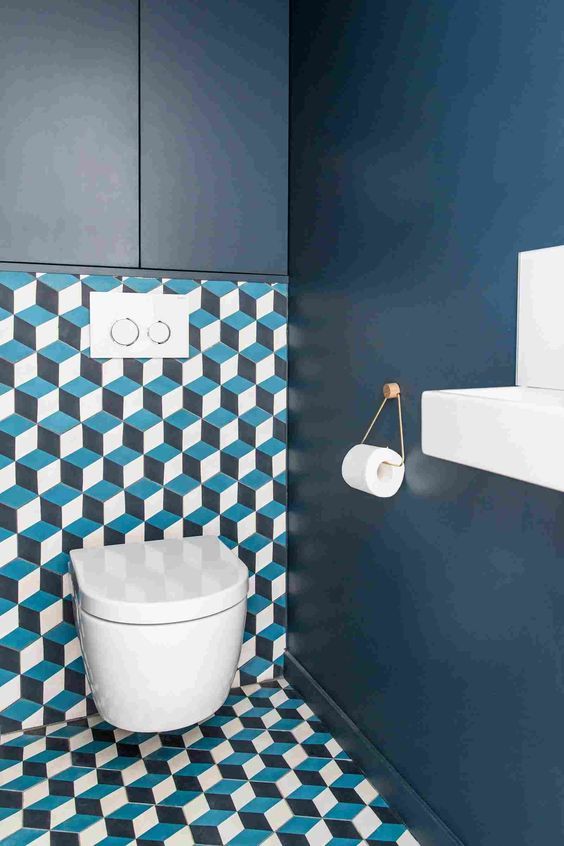 This one is another small cubes in the bathroom. Installed behind the sink with monochrome color, the feeling of modernity is strongly displayed. The golden lines on the sink is beautifully contrasted the tiles. 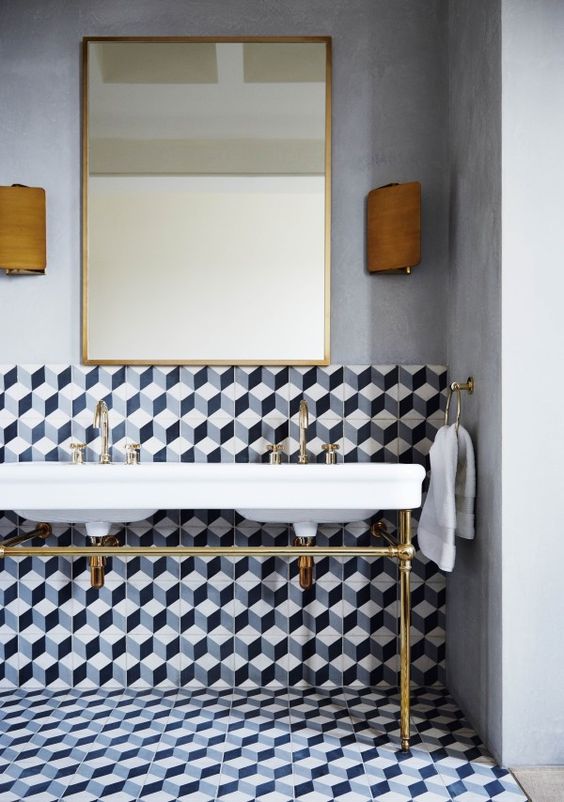 Although it seems that geometric lines can be complicated and too stuffy, this one here has a calming quality with its color and pattern. Also having the cubes effect pattern, this one here, though, does not have three different colors to confirms its pattern. 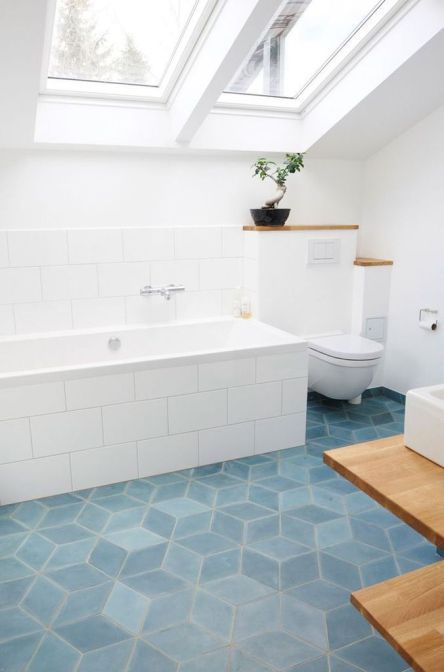 Creating geometric pattern does not always mean hexagon tiles is needed. It only means creating a geometric pattern with any tiles possible, even the common subway tiles. While installed straight, it has the old feeling. However, installed in herringbone, and it has pretty geometric patterns suddenly. And adding hexagonal tiles on different depth like this adds complexity yet beautiful look to it. 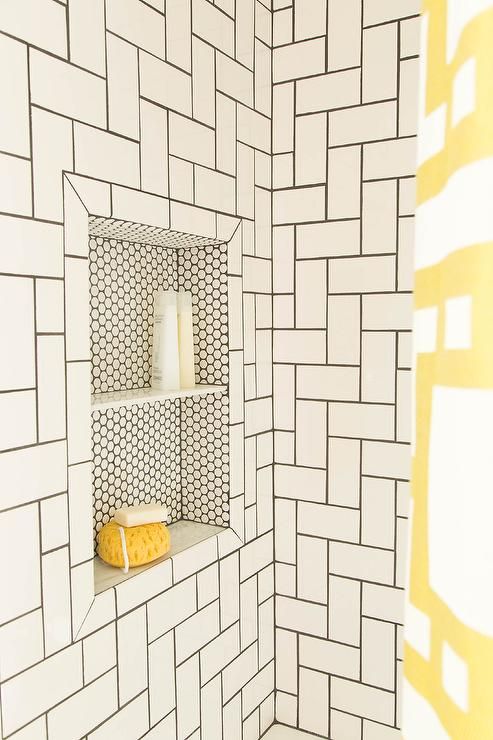 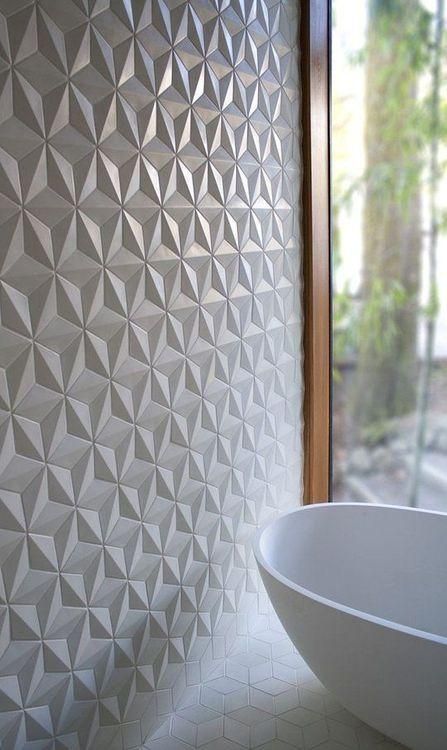 Geometric pattern is so interesting that any tiles can be used to make it. White square tiles that if installed commonly will have the ordinary and familiar look, can look interestingly geometric when it’s installed with diamond angle. Adding different size of the same look, it will be really appealing. 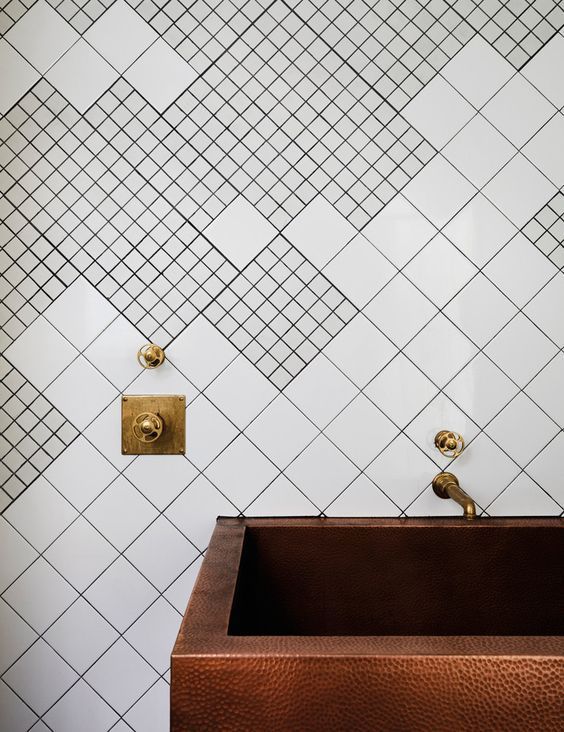 Bathroom can look interesting with geometric pattern. And it can look more interesting with combined interesting tiles. This one here uses modern herringbone pattern on the floor while pulling expensive and elegant marble on the bottom half wall and Mediterranean kasbah tiles on top. It’s really a fascinating combination. 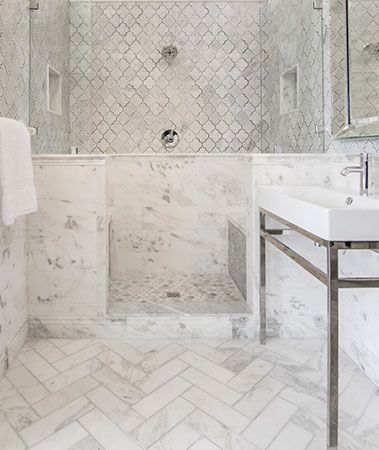 To create geometric pattern on the wall can be overwhelming when it’s all colorful. However, with the right color spectrum, it can be really beautiful. This one here has white on the majority of the wall but adding yellow and grey cubes on the other side of the wall irregularly yet it makes the whole look fascinating. 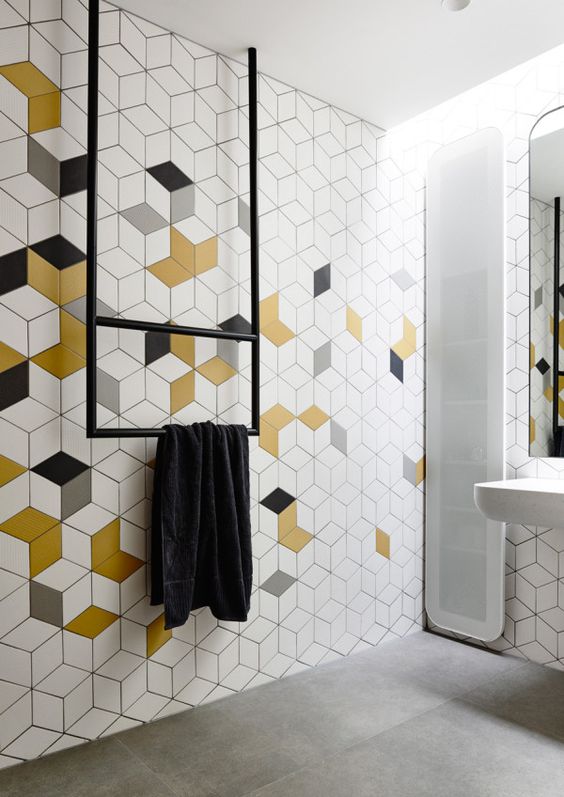