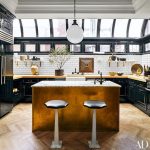 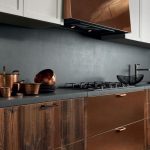 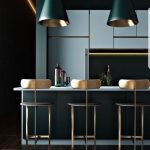 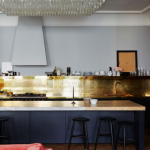 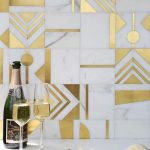 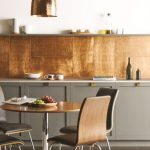 On Stool and Pendant
In this smooth surfaced kitchen, dark green color has put a really strong look. However, the darkness does not look gloomy at all. Added with lines of golden material on the stools and inside the pendant, it looks glimmering. The LED lights on the cabinet brings out an amazing lines. Golden Pendant
This one here creates golden ambiance through golden pendants tat gives an interesting finish to the kitchen. The wooden op and stools bears matching character with the pendants. Color wise. It’s all in line among this black and white elegant kitchen. 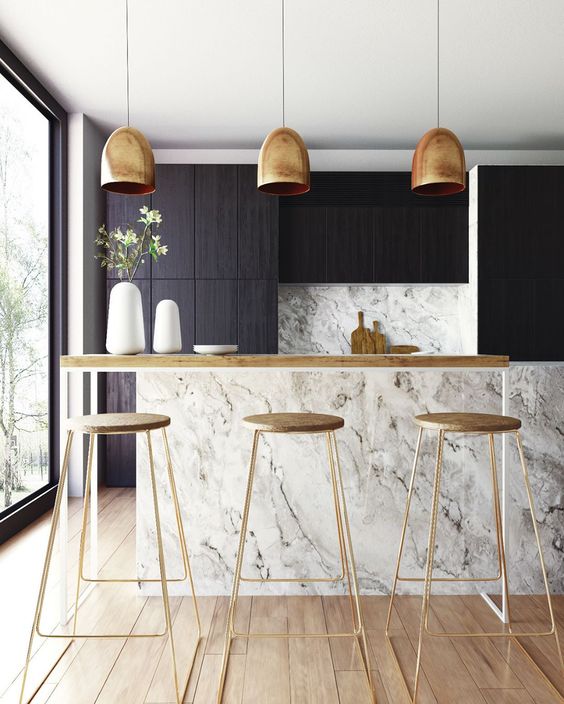 Golden Lines Inside
For you who wants to add golden lines from the wall perspective, putting marble tiles with material combination like this is surely really gorgeous and unusual. If you cannot change the tiles on your kitchen, putting golden stickers can help getting the glints on it. Blink Copper
Another metal chrome color that looks as appealing is copper. This orange golden look is so endearing. Combining it with white wooden and raw wooden look is obviously like creating contrast in texture and material. Golden Wall
This one is brave enough to put bold chrome on the wall. But of course no without gorgeous result. In this modern kitchen, the golden backsplash and pendant are together in adding more warmth, besides the wooden dining set. 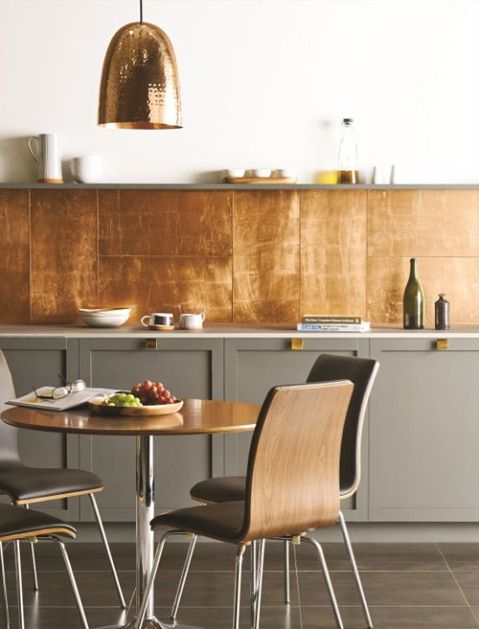 Golden White
Similar to the previous one, this one also adds golden big lines to the wall for backsplash among this sleek white cabinet. Strengthen with copper-colored tools in the kitchen, it has its own completion while white has been a kind background that let the golden backsplash to shine. 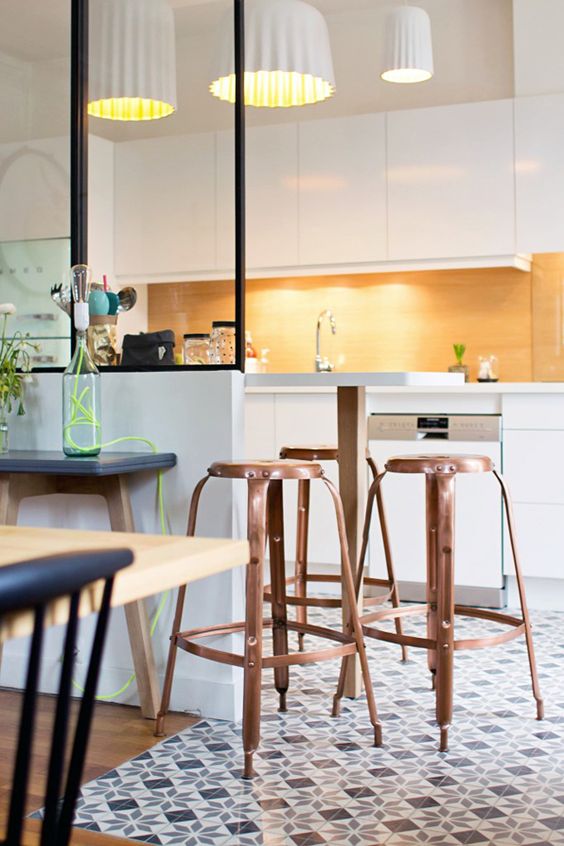 Golden on Top
Still with golden backsplash, this one here puts an incredibly long golden look. And not only the backsplash but also on the floating shelves. It all looks glimmering pretty lights. 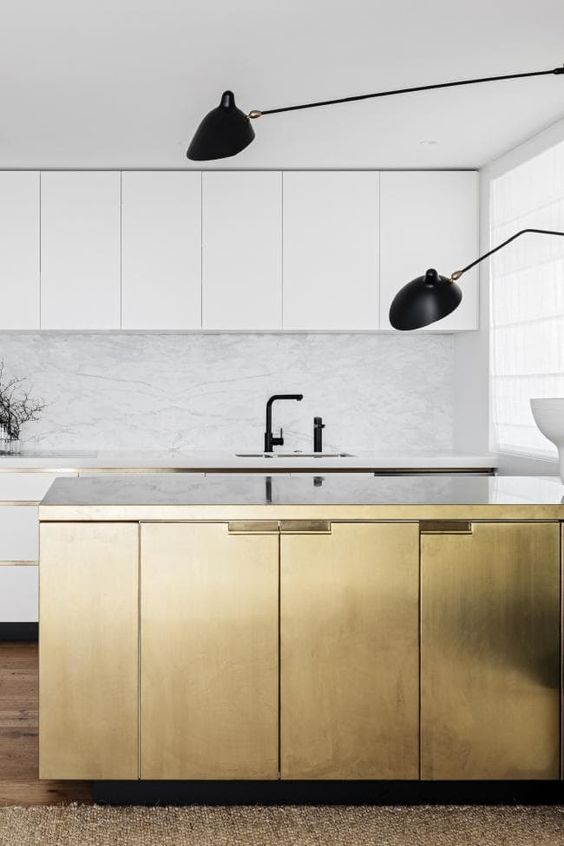 Golden Accent
Similar to the previous one, this one here also shows an incredible warm accent from the golden island. Even though it is a chrome color, it matches perfectly with the wooden floor.

Golden Upper Cabinet
Another great way to add golden look is seen in this one. Being contrast to its environment, it makes its own strong statement.