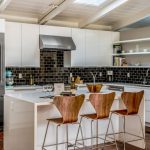 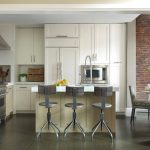 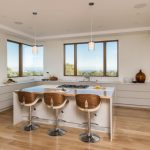 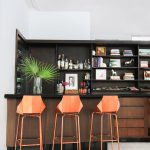 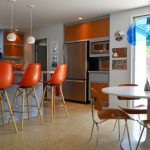 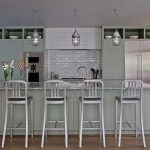 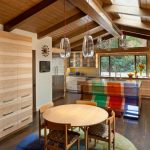 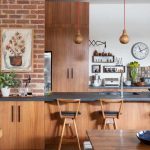 The interior design style emerged in 1950s to 1970s will always be one of the greatest movement. Even as time passing by, this style does not go out. There are still many people love to have the sleek, clean cut, or round surface of the minimalist design. And here below are some ideas on putting our mid century modern style on your kitchen particularly on the bar stools. Obviously, there are so many ways to get into that.

The Round Backed Bar Stool

As you can see in this picture, the kitchen consists of dark color and with one stand out color. In this dark kitchen with dark kitchen island, you can see white round bar stools that point out the sleek curve line and put themselves as the accent color. Anderson Studio of Architecture and Design

Here is the example of a muted colored kitchen for you who don’t really like flashy color. You can see the bar stools have the minimalist points the mid century modern style has been concerned of. Although mid century modern style seldom adding rustic feeling, wooden bar stool is so irresistible it is almost always to be something you won’t miss in your room. Of course the sleek line and polished design will never be missed. Similar to the previous bar stools, these ones are also wooden. You might notice the shape of the bar stools that looks like it’s shaped from origami paper. It also has the sleek line of mid century modern has been proud of. 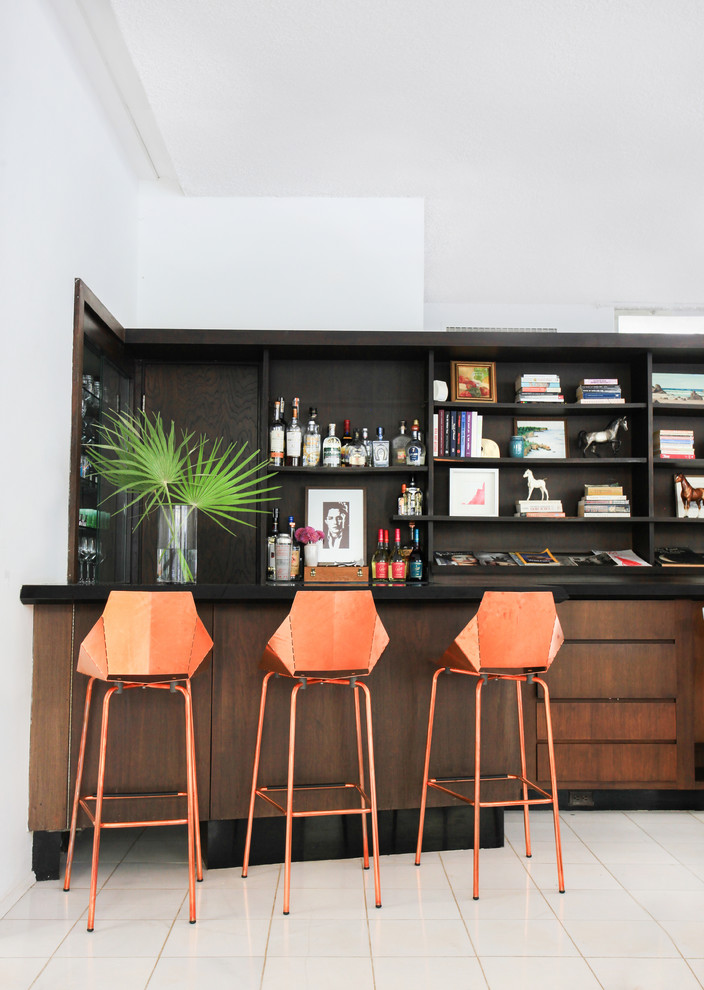 As it is said, rustic feeling is not part of the mid century modern movement in interior design. But if you feeling creative and you want to mix those two, you can still have the natural feeling from wood and the clean cut and sleek lines of mid century modern, like the picture below. 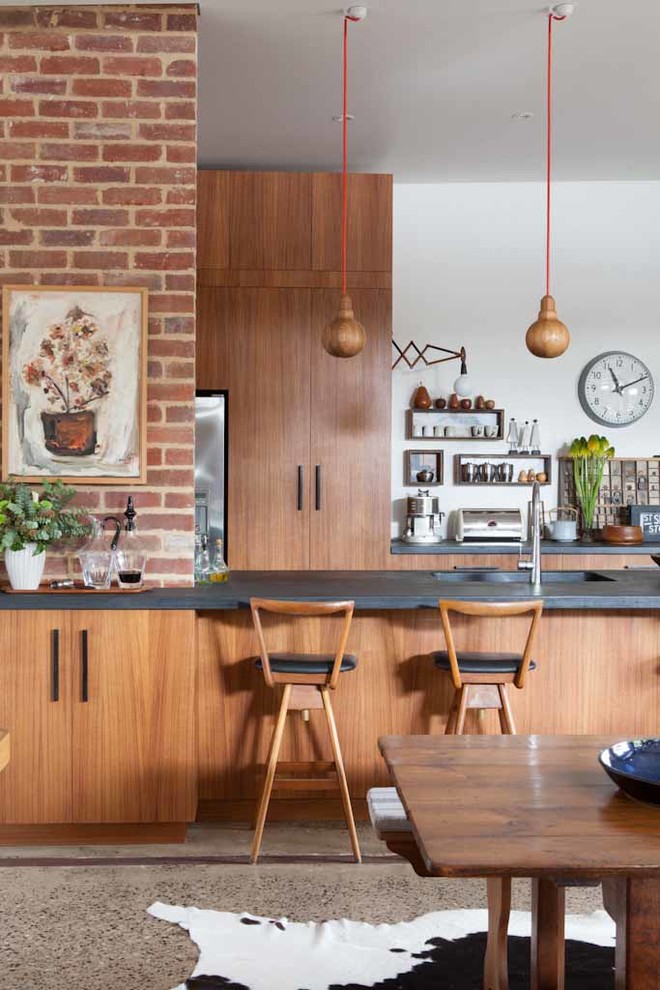 In this white kitchen island, the bar stools is so pretty with wooden seating and back and stainless steel support and legs like octopus. 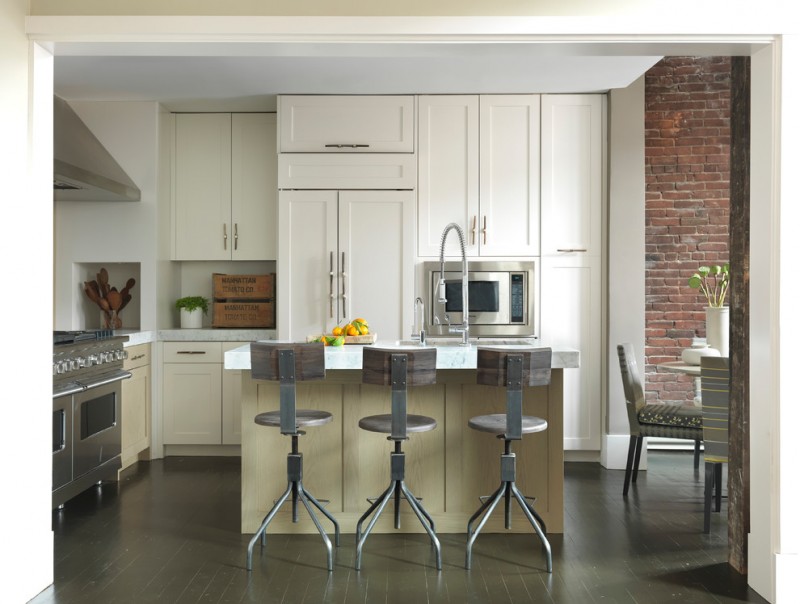 The bar stools in this picture really stand out. While the open room is in brown wooden design, they are in four color plastic. It is such a beautiful spot. 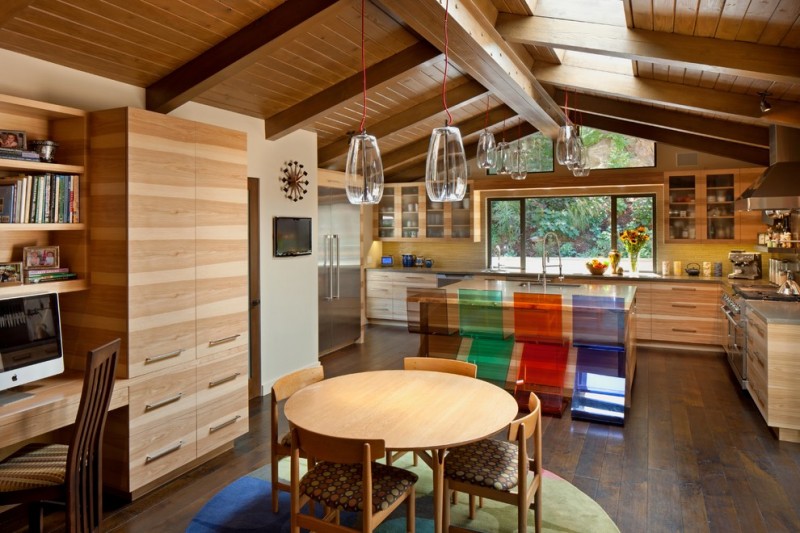 These bar stools are really pretty with wooden look from the back and white leather cushion once you sit on. The sleek curve on the back really agrees with mid century modern design. From this picture, you can notice how slim and smooth the lines on the bar stools are. With copper-like color, these stools accented the kitchen with white and black color. With these big orange bar stools, you can pull the attention to the bar stools. And if you notice, these stools are not ordinary stools with its sleek plastic seating and black steel support nicely done under the seating. Besides that it also consists of wooden legs and round leg rests. Such combination for a bar stool!