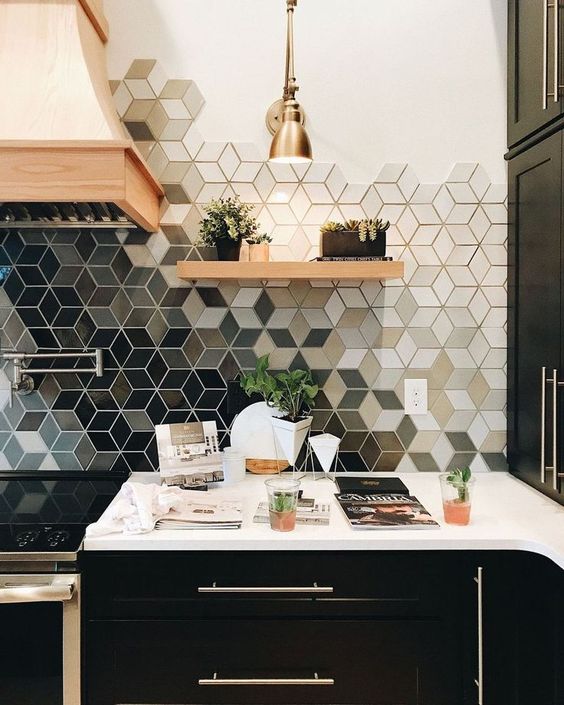 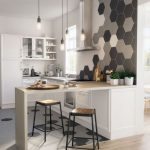 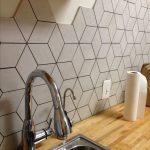 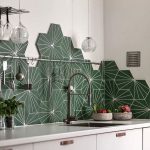 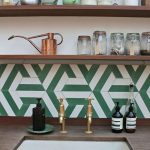 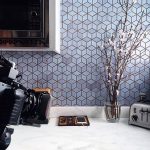 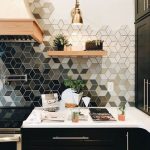 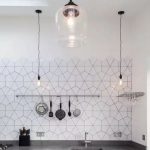 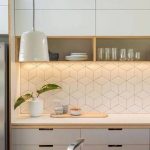 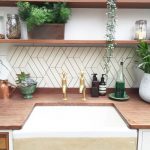 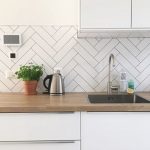 Geometric has been a popular things on interior design this year. It might be because of the refreshing pattern it used amidst the minimalist look that although it brings new accent, its straight lines match just well in the minimalist room. Geometric pattern then is not used in the living room only but also in the kitchen. This adds its modern look. Some impressive use of geometric tiles in the kitchen backsplash are seen below.

In this green bottle tiles, you can see the difficult lines that intertwined in its straight lines. This is a refreshing touch to the kitchen with white walls and white cabinet as well as white counter top. Geometric lines here adds modern feeling to the kitchen. 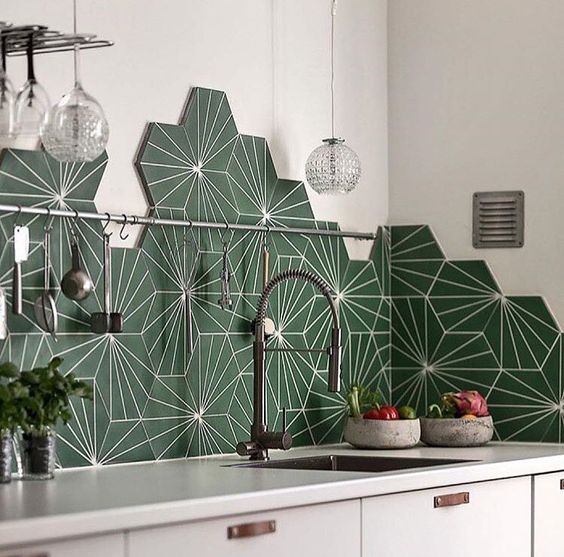 Even though the backsplash area is short and low, this one here still determined to implement a really interesting pattern with white and green geometric tiles. Its similar-to-G patterns will make people who come to the kitchen pondering about the pattern as it leaves a remarkable impression. 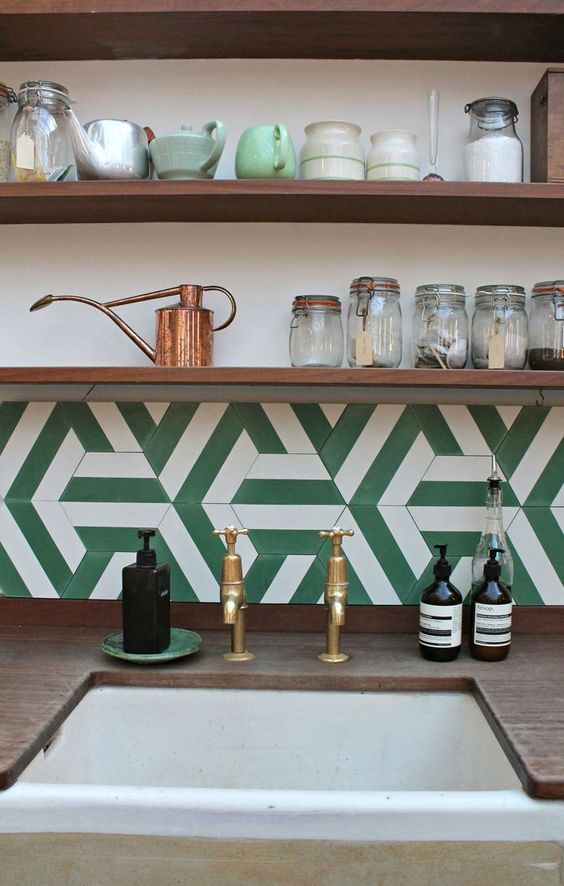 While the previous one is on warm and interesting pattern that looks pop out because of its color, this one here is more subtle. White geometric tiles will not look so strong in the first glance. But when being examined closely, it brings beauty for those who linger. The pattern in this one, especially, is interesting and it makes the kitchen looks modern without looking too strong. 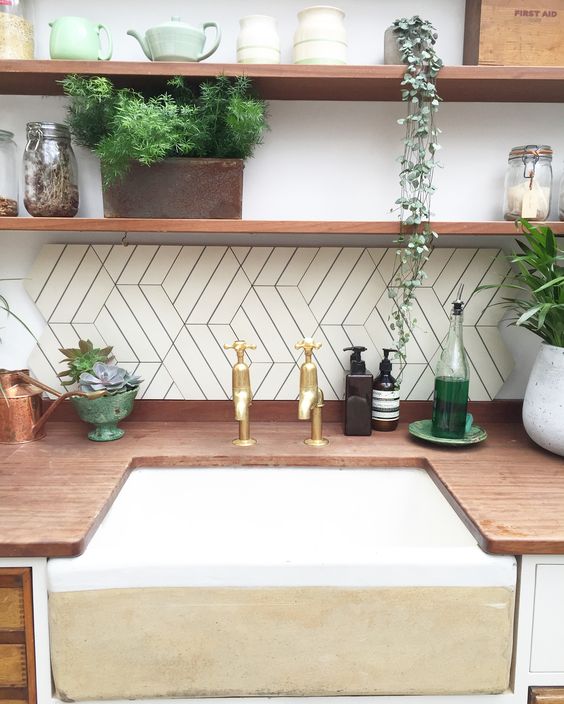 When the color of the geometric tiles is strong, it leaves a bold notion. However, when it’s in muted colors like this one, the kitchen looks simple and modern. It will get along perfectly well with minimalist theme room. 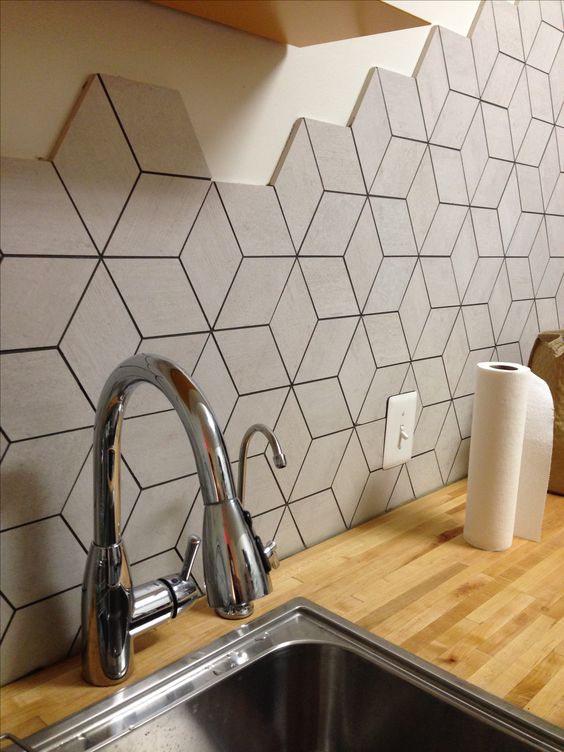 Backsplash can be installed in whichever area you want. It can be small area near the sink, or the entire wall. Here, with a large white geometric tiles, this one side of the wall is covered by beautiful modern look. Combines with the dark cabinet, both color complement each other well. 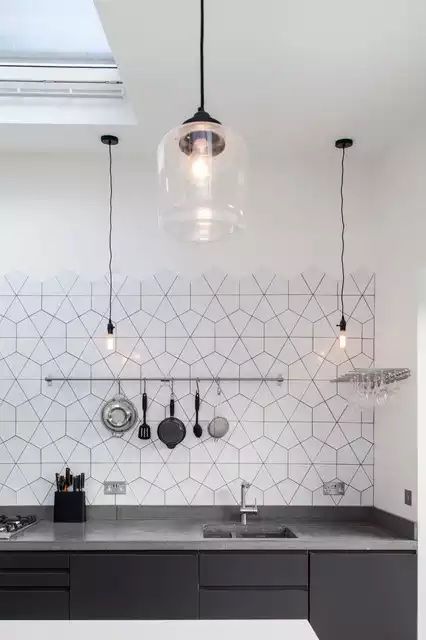 Similar to the previous one, this one here are also in white. It brings subtlety on being geometric but it still have impacts. This one here has 3D cube pattern which can e really interesting, especially if the kitchen has the perfect light to create glow effect. 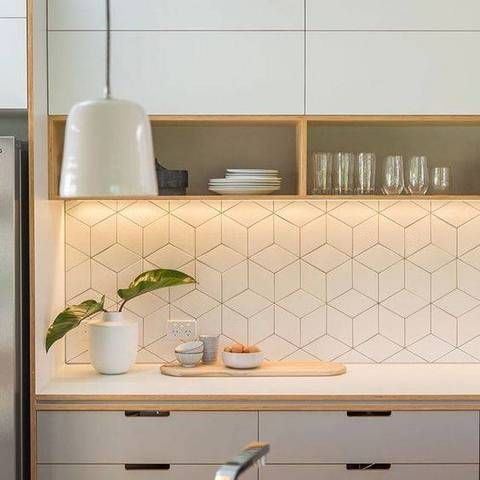 The thing about cube pattern tiles is that if you get the right cube and illuminate the right angle, it would give you the best 3D effect. With 3D cubes on the kitchen wall, it would make the kitchen beautiful and interesting. 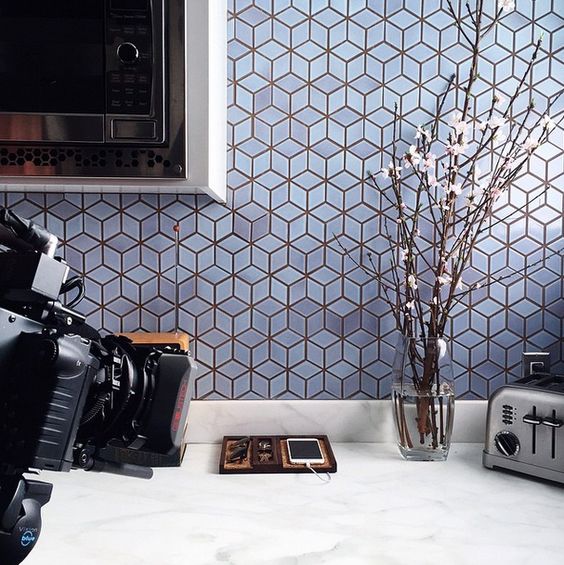 Hexagon pattern might be one of the simplest geometric tiles. And it can look less geometric compared to others. However, with different colors used, it creates so much excitement. It’s really beautiful. This one here, especially, installed them impressively both on the wall and on the floor. 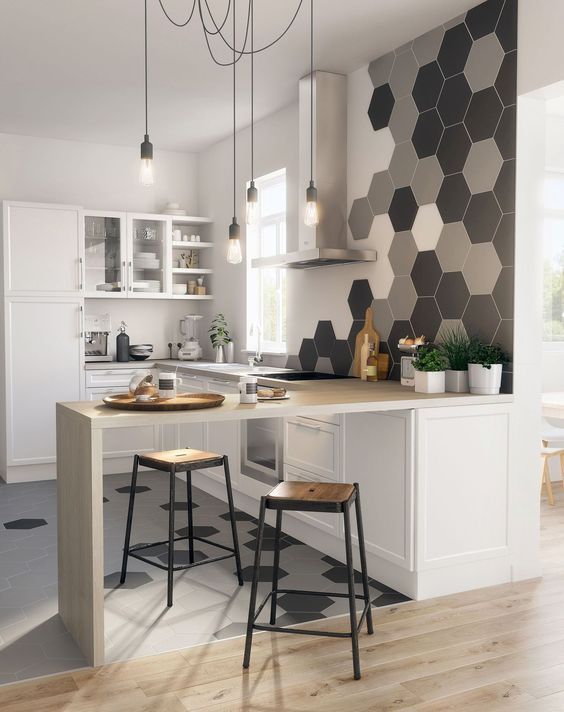 Another methods to make a geometrical effect is by putting rectangular tiles on herringbone patterns. With rather complicated pattern, the geometric and modern feeling will be brought up compared to if rectangular tiles installed like subway tiles. 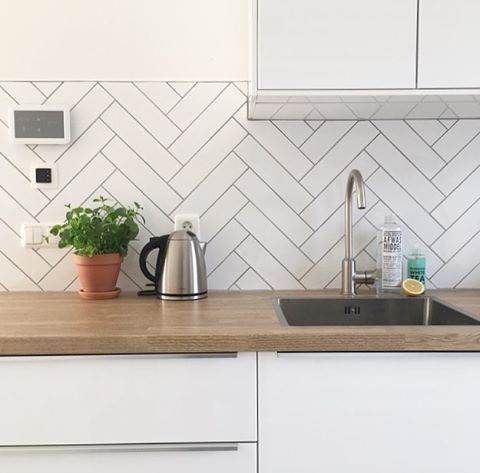 Hexagon tiles have been really interesting tiles in creating geometric pattern. With pattern inside the tiles, cube illumination can be created. And to take a step further, with different colors, a wave of geometric pattern is on display.