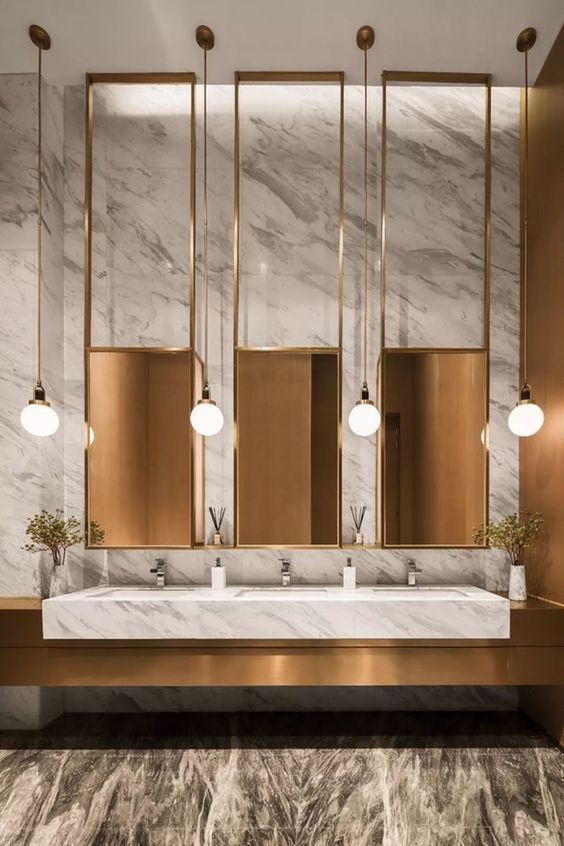 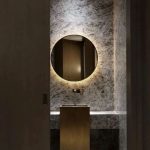 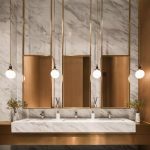 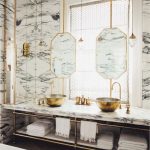 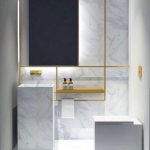 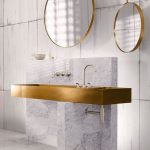 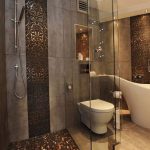 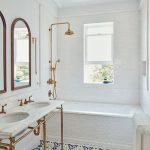 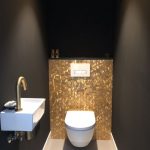 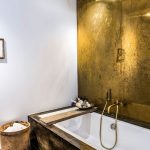 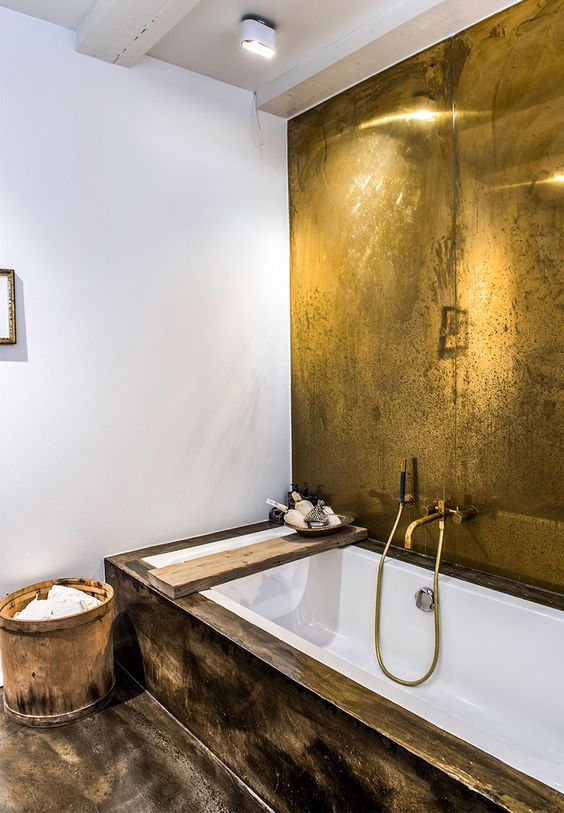 Golden Lines
Another way to make a golden statement in the bathroom is by making the golden accent pronounced, like this one below. With white bathroom, the golden lines on the table feet and shower faucet. 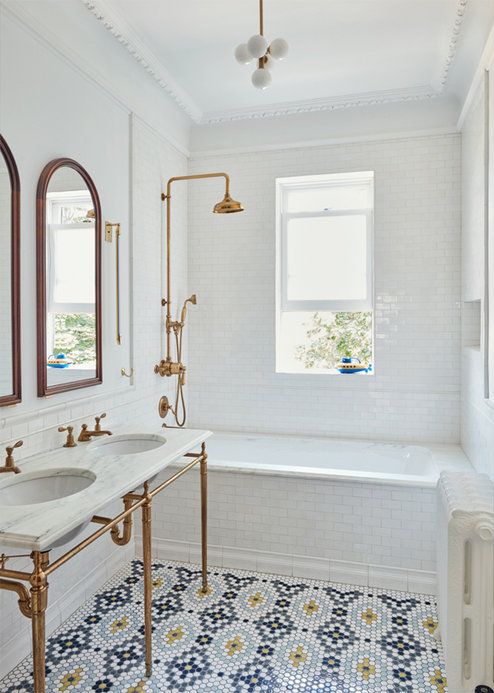 Tiny Gold
Another thing that can help putting some golden flecks to the bathroom is but putting it on the bathroom. This one here puts tiny golden hexagonal tiles on the floor and create an interesting light effect that reflected on the glass partition. 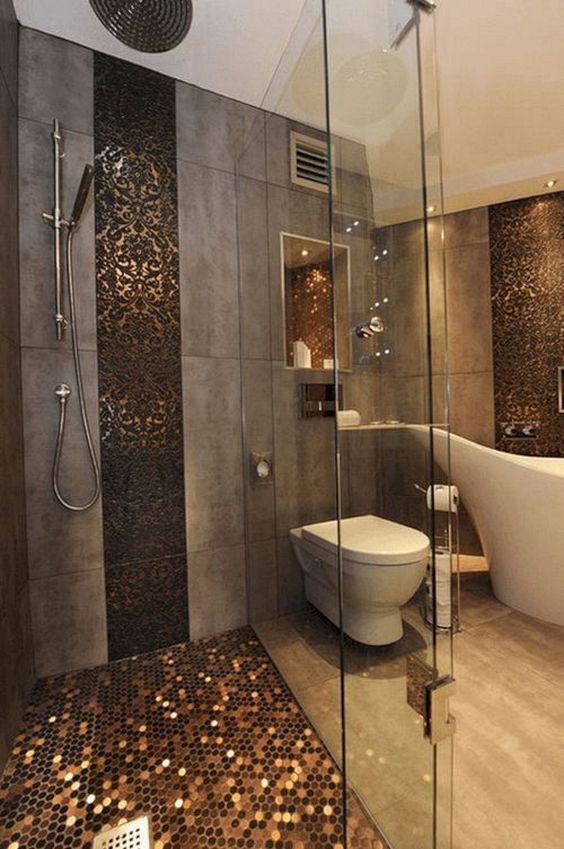 Golden Accent
Similar to the first one, this one also puts golden touch on the wall and makes a nice elegant effect. The black wall around the golden accent brings out the golden accent even more pronounced that it comes strong to steal the attention. Golden Sink
This one below shows how golden look can be added in the bathroom with sink and some lines on the wall. It is also used as the mirror frame. With white marble on the wall and counter top, the combination brings out luxurious look. Golden Thin Shelves
This one here puts some interesting golden lines as decorative touches to the vanity while also providing golden board as the substitute of shelves. Putting around white marble has put even more luxury touches to the room. Long Golden locks
This bathroom gives a really interesting golden accent. The long and sturdy golden sink puts a strong accent to the white bathroom. And to match it, the round mirror also has golden ring as frame. Tall Golden Sink
Similar with the previous one, this one also uses sink to make a statement with golden sink. The tall and simple golden sink looks prominent in the grey marble room. The mirror also brings similar ambiance with yellow LED behind the mirror. Hold the Gold
This one is another bathroom with golden sink. Although the top of the sink is white, the round golden support looks incredible. The golden lights behind the mirror also steals attention especially with hand accessories holding it. Golden Blocks
In this luxurious bathroom, the space is a combination of marble on the wall and floor with golden color seen in the vanity and accent wall. The mirrors in the middle also have helped the room to have look even more luxurious by reflecting the golden wall on the mirror.