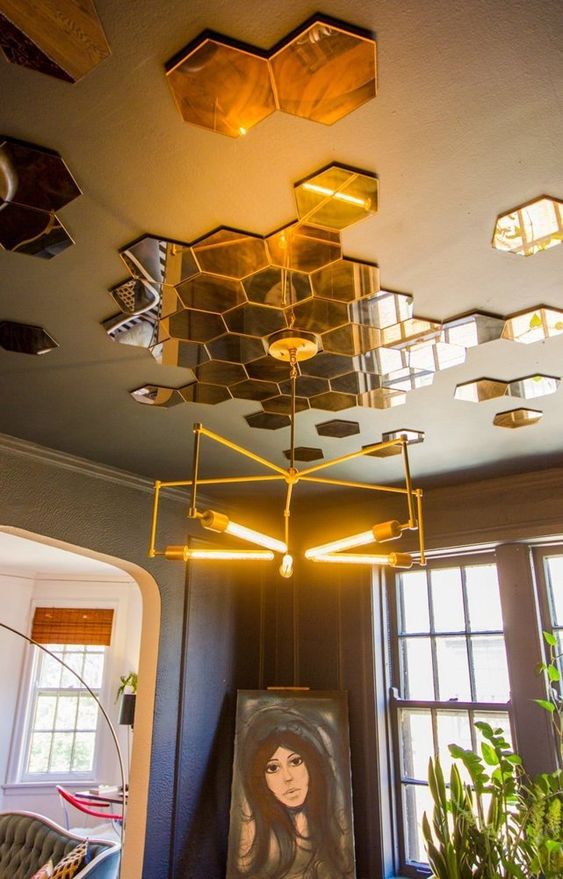 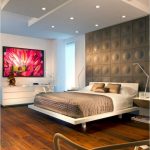 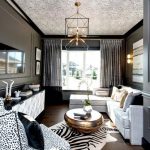 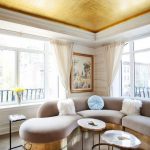 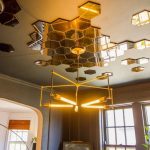 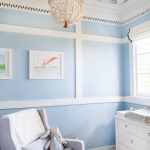 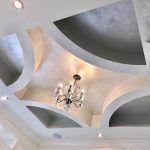 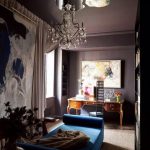 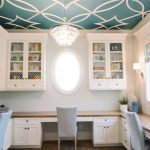 Ceiling has been quite neglected sometimes. It is usually left bare and the only thing that will beautify a ceiling is a chandelier or hanging pendant. However, sometimes, it is not enough. Sometimes, a room needs something more memorable, something stronger to leave a great impression. Well, ceiling actually can help that area, sometimes even better than accent walls. Let’s see how different the room will be with statement ceiling.

One of the things that can be done in making statement ceiling is by having it drawn by painters, or putting wallpaper on top. If a strong pattern is too much, a soft and not obvious one might be a great start for those who want to try giving a unique excitement. Next thing that can be done to a ceiling is making a great drawing on it that consist of painting it and drawing it with texture. Wooden frames can be installed to create an expensive effect to the ceiling. Not Just a Housewife

Creating a statement sometimes needs a strong and unique trait. And adding a piece of reflection to the ceiling can help that. When the lamp is turned off, the natural light will create a unique light around it. And when the light is turned on, it will make the room brighter. It can also be a great solution to energy saving. Similar to the previous one, this one also carries on the reflection piece on the ceiling. Although the piece of reflection is bigger and it creates even stronger effect to the room. With hexagonal motives installed quite irregular to the entire ceiling, this one creates a unique sight.

One of the things that can create a statement ceiling is by adding some different levels to the ceiling. This way, the ceiling will have a large portion of texture and accent. This kind of ceiling will create different kind of depth to the room. And added with lights, it surely a great idea to create a strong statement. Another way to create texture and depth is by adding coffered to the ceiling. This is a common way to do in public, however, not everybody is bold enough to create such depth. Not to mention the silver painted part inside the coffer that makes it has mysterious gleams. Floor on the Ceiling

For those who want to create a unique effect to the ceiling by adding something that is used to be on the floor, well, that’s an impressive idea. It’s a great concept and it can be done, just like this one, for example. Putting chevron patterned wood on the ceiling here is obviously for the win. Not just that the ceiling is making statement, without the statement itself, this room’s ceiling is already unique. Adding statement ceiling adds even stronger notion to the room. 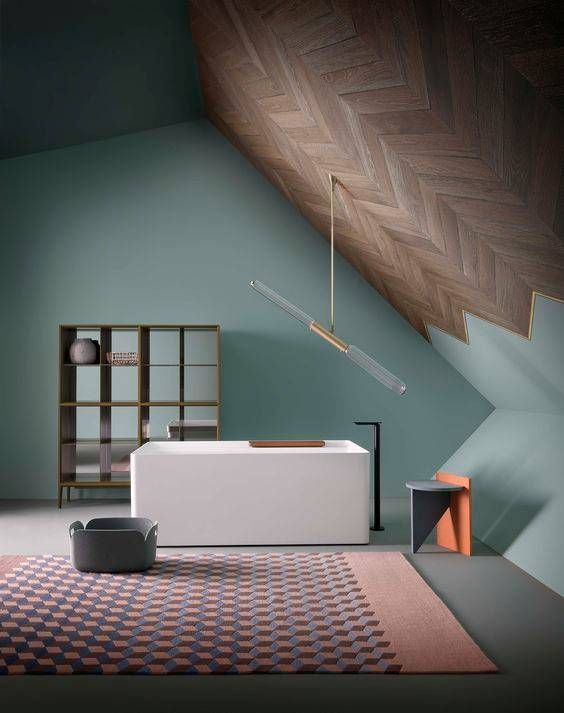 Birds on the Ceiling

Statement ceiling has been a great idea to any room, but especially for nursery or kid’s room. With kids, everything is celebrated in colors and pictures and having statement ceiling for kids enables the kids to celebrate their fun. The easiest way to do it of course by putting wallpaper to ceiling. When it comes to kids, cheerful colors are welcome. This one here uses shocking orange as the ceiling color and leaving anything in complementing style with white wall, cribs, and table, but still adding orange to the chair and drawer. This makes the room feel so energized and cheerful.